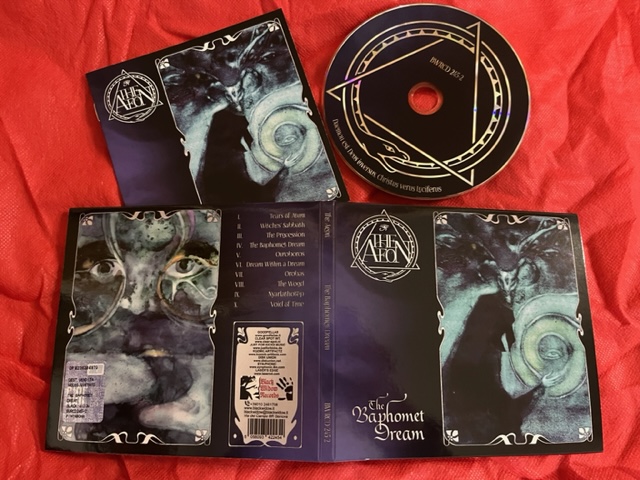 Their debut album Songs Of The Great Beast was inspired by the great magician Aleister Crowley. In fact, the group began playing on a theatrical comedy based on Crowley's life. This is for sure an album for all who love occult, mystery, weird, gothic world and literature.
The Aeon’s music is folk with dark and psychedelic touches not too far from the rock-progressive atmospheres. The new album The Baphomet Dream confirms all their talent and inspiration.
The atmospheres are twilight and burial and guide us back in time, in search of arcane worlds and ancient beliefs, apparently lost that, however, still resist in our world today as a kind of ancestral heritage. The music of the Finns digs into the dark corners of the unconscious, bringing out hidden ghosts of which we did not suspect the existence.
The title track (about 9 minutes) is the album's highlight and it ventures into psychedelic territories with an acid guitar. Elsewhere the atmospheres are quieter as in the ballad "Dream Within A Dream" with the acoustic guitar and violin in evidence.
The text is taken from a famous poem by Edgar Allan Poe. Even “Nyarlathotep” pays its tribute to the genius writer H.P. Lovecraft. The rich and baroque arrangements (also thanks to a very varied instrumentation) can bring to mind Paul Roland, the dark minstrel also passionate about Crowley, Poe and Lovecraft.