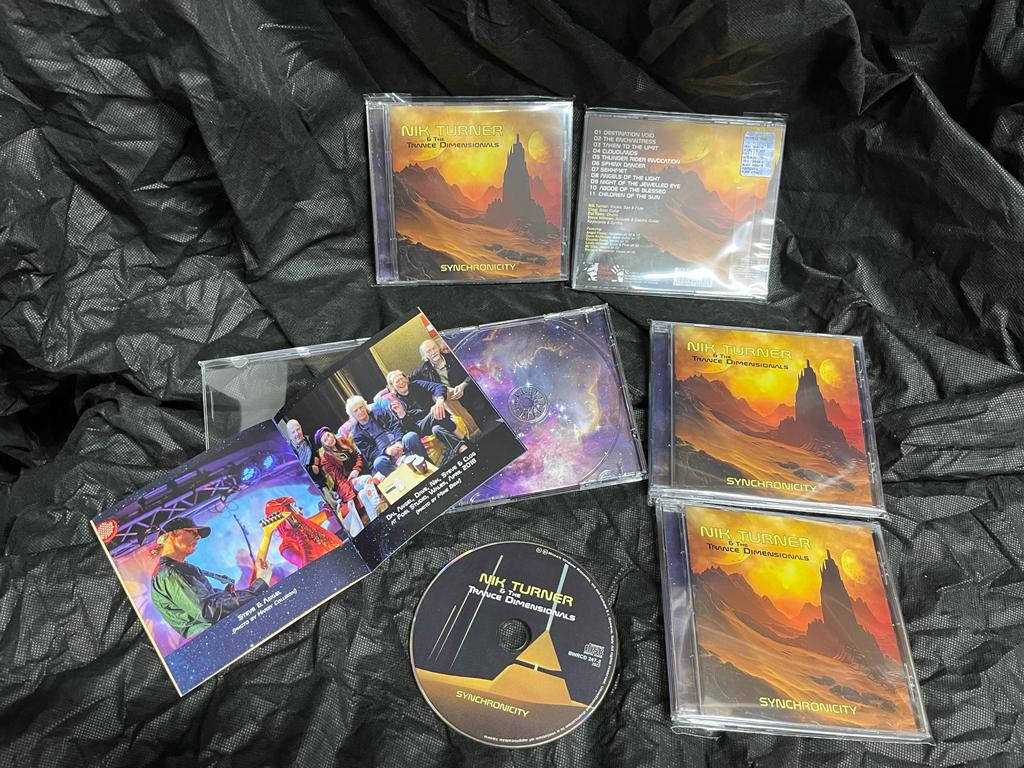 The TRANCE DIMENSIONALS band was formed by English musician Steve Hillman in 2016. Steve had been making electronic sounds with his audio generator since the early 1970’s, when as a teenager he was influenced by Tangerine Dream, Hawkwind and Gong. In the 1980’s, as a keyboard player and guitarist, he was part of the then underground electronic music scene in the UK and in the 1990’s he was signed to the progressive rock music label Cyclops Records who released four albums of his prog and space rock instrumental music. Steve has also collaborated with a variety of musicians around the world including the Greek synthesist Thaneco and with members of various orchestras, including the flute player with the world famous London Symphony Orchestra.
In 2016 Steve met with the legendary Nik Turner, a founder member of the space rock group Hawkwind, and they discussed working on an album together. Steve had already written enough material for an album and he decided to form the TRANCE DIMENSIONALS band as a way of presenting the new material with Nik fronting the band. Some of the tracks Steve wrote specifically for Nik, in particular “Thunder Rider Invocation” and “Sekhmet”, which purposefully harkens back to Nik’s Egyptian themed album from 1978 called “Xitintoday”.
At the time Steve was also a member of a prog rock band called Ra Rising and he asked their drummer Dai Rees and bassist Rob Andrews to join the band. Angel Flame, the dancer in Nik's Space Ritual and the Crazy World of Arthur Brown, also agreed to join and soon after Dave Anderson, who had played bass in the German band Amon Duul II, the Groundhogs and on Hawkwind's 1971 album “In Search Of Space” also came onboard. In fact Dave plays on the new arrangement we have on the album of the song he wrote with Nik called “Children of the Sun”, that
first appeared on “In Search Of Space”. Another veteran of Hawkwind, Mr Dibs also joins us on the track “Taken to the Limit”.
The band had their debut live performance in June 2018 at the Sonic Rock Festival in Worcestershire, England.
We already have enough new material for a new album and look forwards to working further with Black Widow Records whom we thank for their vision in signing us up!