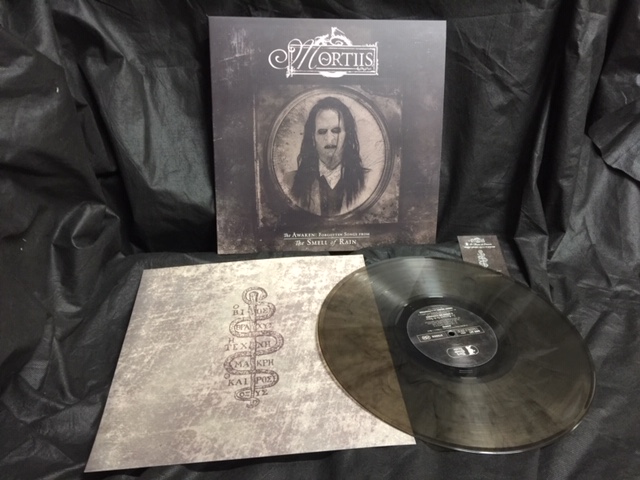 Side 1 contains 4 demo songs by Mortiis as himself explains:
These songs were created shortly after I had completed the music for the Stargate in late 1997/early 1998. I had started to become disillusioned with the musical direction, and sound, what later became known as Era 1, and I made the decision to explore other directions of music, in order to not self destruct as an artist.
These songs would eventually lead me on to the path of songs, that became the Smell of Rain album later on. In that sense, the demos on this record, as rough and raw as they are, could be said to be the missing link between Era 1, and everything that came after. (Mortiis)
The second side is also of a high standard with two pieces by Genoa’s band Il Segno del Comando, (one of which is instrumental), which have a dark and complex structure, with an alchemical component that makes their unique sound recognizable in the international music scene.
Freddy Delirio and the Phantoms closes the second side with a long composition with psychedelic and progressive tones that amplifies the expressive possibilities of an increasingly limitless band.
A really dark experience… do not miss it

Side A
MORTIIS – The Awaken: Forgotten Songs from the Smell of Rain
1. THE AWAKEN (Demo)
2. METHUSELAH (Demo)
3. DRUG OF THE UNIVERSE (Demo)
4. TRANSCENDING MORPHEUS (Demo)

Side B
I’m Beginning to See the Darkness