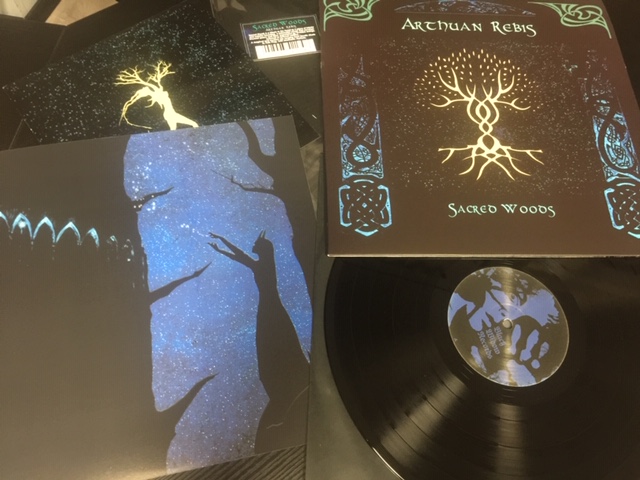 Arthuan Rebis is a composer, multi-instrumentalist, harpist, writer, sound operator, international concert artist. Seeker of musical and spiritual traditions of East and West.
He performs in different musical contexts, such as festivals, theaters, squares, museums, castles, clubs and so on. With is bands and as soloist, he made more than 1000 performances in Italy and abroad (Germany, France, Austria, Denmark, Switzerland, Croatia , Spain, Belgium, Holland, Qatar, Czech Republic, USA).
His training is characterized by the study and practice of various musical styles, distant in space and time, ranging from Nordic and Celtic folk to oriental traditions (India, China, Mongolia), from archaic to baroque and medieval music, up to pagan folk, acid folk, and more experimental and contaminations.
With his various projects he has released various albums, as author and composer, and has collected dozens of collaborations. Among the instruments he plays there are celtic harp, nyckelharpa, esraj, hulusi, bouzouki, classical guitar, flutes, bagpipes, percussions and keyboards.
In 2016 he released his first solo cd â€œSpells, Spirits and Spiralsâ€ under the pseudonym Arthuan Rebis.
In 2020, during the lockdown, he released a musical fable called â€œLa Primavera del Piccolo Popoloâ€, a night flight on a fairyâ€™s wings, looking for a vanished humanity.
In 2021 the third solo album "Sacred Woods" came to life on LP, CD, Digital, with Black Widow Records. In the album there are many guest musicians: Vincenzo Zitello, Mia Guldhammer (Virelai), Giada Colagrande, Glen Velez, Paolo Tofani, Emanuele Ysmail Milletti, Nicola Caleo, Gabriele Gasparotti, Federico Sanesi.
Since 2017 he is the author, composer and singer of the band called â€œThe Magic Doorâ€, founded together with Giada Colagrande (film director, actress and songwriter), with the participation of Vincenzo Zitello, major Italian harpist and composer, and Glen Velez, virtuoso percussionist and top expert on frame drums. In 2018 the homonymous concept-album was published and distributed. This work is inspired by Romeâ€™s Alchemical Door. The disc has been received with enthusiasm by newspapers, radio and TV, and also by the audience of the theaters, where it is presented with suggestive video projections.
Since 2011 he's singer, musician, composer, producer in the band In Vino Veritas, one of the most important European realities in medieval and pagan folk. IVV's third album, "Grimorium Magi" (2019) is distributed by Black Widow Records, along with The Magic Door.
In 2013 he began a collaboration with Claudio Rocchi, immediately interrupted by the death of the songwriter. Some years later he karmic connections led him to become friends with Paolo Tofani (historical guitarist of 70â€™s Progressive Band called â€œAreaâ€ and great friend of Claudio) with whom he formed a duo in 2018. In the same year he began to play in a duo with Vincenzo Zitello.
In 2012 he published the Ep "Il Regno di Flora" with his pagan folk project Antiqua Lunae.

Sacred Woods is a tribute to the Forest as a place of interior and exterior boundary, a primordial refuge that envelops beyond space and time, populated by invisible beings, external or internal entities...
A magical trip ranging from Nordic Music to Folk Prog, with shamanic rhythms.