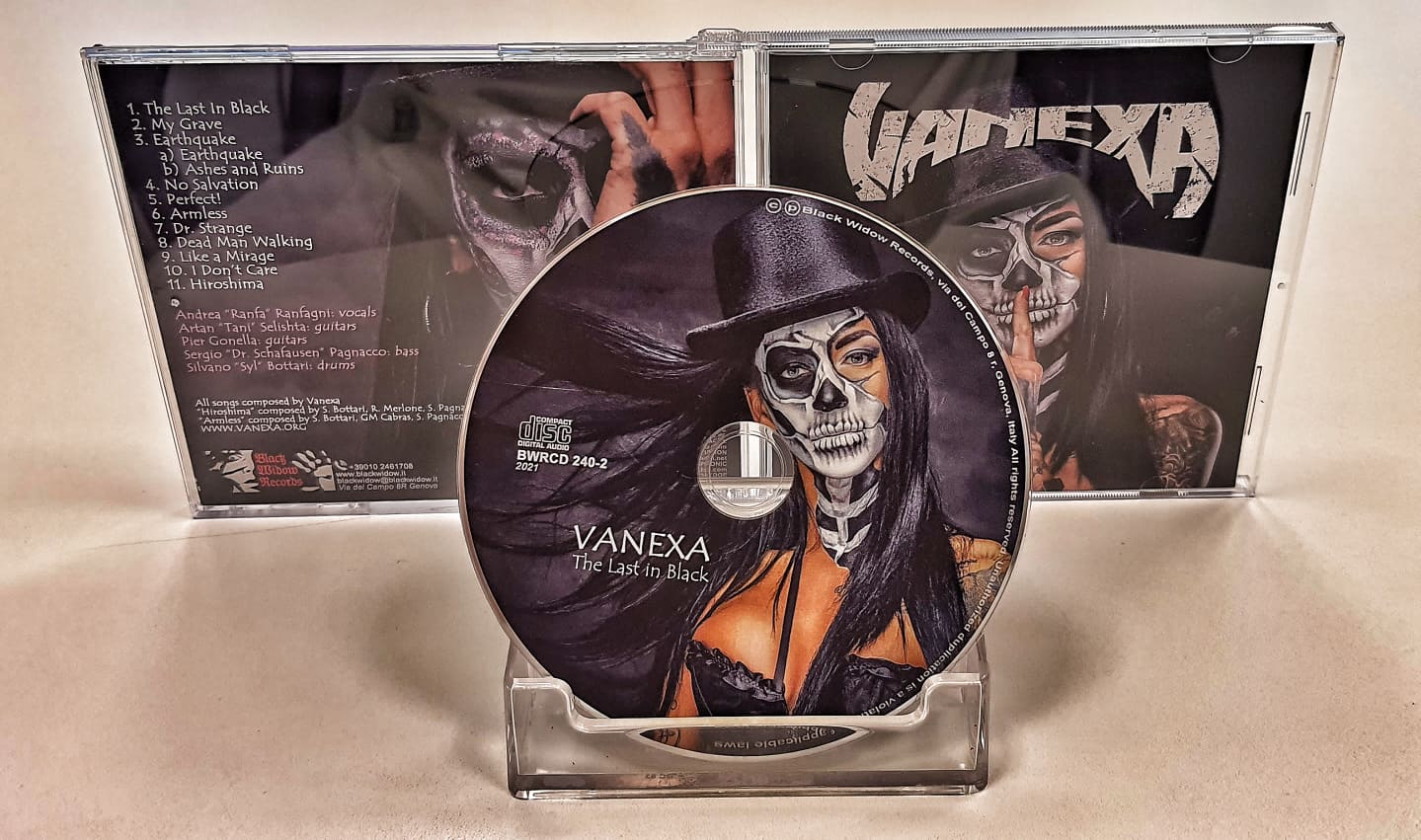 Here’s the most prominent Italian Heavy Metal band to come out of the Metal Rock wave of the late 70s and early 80s. The band was formed in Savona in 1979 with a typical British sound in the wake of the NWOBHM and their debut album "Vanexa" was deemed by the national press, back in '83, as the first Heavy Metal album ever released in Italy, and even rocketed to the top of the Heavy Metal charts in the Netherlands.
The first real and important live performance of the band had taken place in 1980 in Belluno supporting the punk-rock act Skiantos and received an enthusiastic outcome. A remarkable occurrance, which will have led to a certain further exposure, happened in the '80s when the band got in touch with Saxon at one of their shows. They tendered them a demo with the aim of being possibly recruited one day as the opening act for them in tour.
Unfortunately, the release of the next Saxon’s album saw an evident plagiarism of a song in the Vanexa’s demo and this was confirmed by some journalists who had previously listened to the demo itself.
Vanexa was the headliner at the first Italian Heavy Metal festival in Certaldo (Florenece) May 21, 1983.
The band was also included in Metal compilations such as “A Mountain of Metal”, released in the U.S., with the song "Hanged Man" and in “Metallo Italiano” with the song "It's Over", also including video clips.
The second album "Back From The Ruins" (recorded in the legendary Carimate Studios where were also recorded historical groups like Yes, Eugenio Finardi and others) was released in '88 and was received as a Metal milestone. Following the first two albums there was a break of a few years after which the band was back in the record market with the new album "Against The Sun" in which the vocal dudies were taken by Roberto Tiranti (later frontman with New Trolls, Labyrinth, Wonderworld etc.).
After having extensively toured to promote the album, Vanexa took a long break also launching new musical projects among which there was the "404 not found" group (a more 70s Hard-rock oriented offering) which included Sergio Pagnacco on bass, Silvano Bottari on drums, a new guitarist "Artan Selishta" from Albania and Marco Cabras on vocals.
After the departure of Roberto Merlone, original guitarist and founding member, Vanexa re-formed in 2009 with a new line-up featuring two guitarists: Artan Selishta (who already played in the 404 Not Found album) and Alex Graziano. That same year the band attended two importan events: the "Play It Loud III", Metal Festival in Bologna (documented by the live CD "Metal City Live" released in 2011) where they played alongside with Exciter and Jaguar (historical Metal bands) while, in October, they were in Turin where they shared the stage with ‘Special Guest’ Dennis Stratton (Iron Maiden).
From 2010 to 2015 the band temporarily quits the music business but keeps working live in various concerts around Italy until the F.I.M. Festival of Genoa in the August of 2015. Right there they played with the new guitarist Pier Gonella and got in touch with the man who will become the current singer in Vanexa: Andrea "Ranfa" Ranfagni, in the same night performing with Joe Lynn Turner in a tribute to Rainbow.
In November 2016, with the new line-up, the band released under Black Widow Records “Too Heavy to Fly” with Ken Hensley as special guest which was considered the best album of the long career by one of the most important and oldest Italian Heavy Metal Bands… the best album ‘til NOW, because we proudly announce the new album “The Last in Black” which presents the quintet with a renewed freshness and energy, a step forward compared to the previous album; the band keeps the soul and blood of heavy metal old style but worked more on compositions and arrangements to express their message about life, social issues, suffering, war .. an album full of passion and true HEAVY feeling!
The Last in Black will be presented in Genova – Villa Serra at the Abracadabra Metal Fest on the 10th of July.