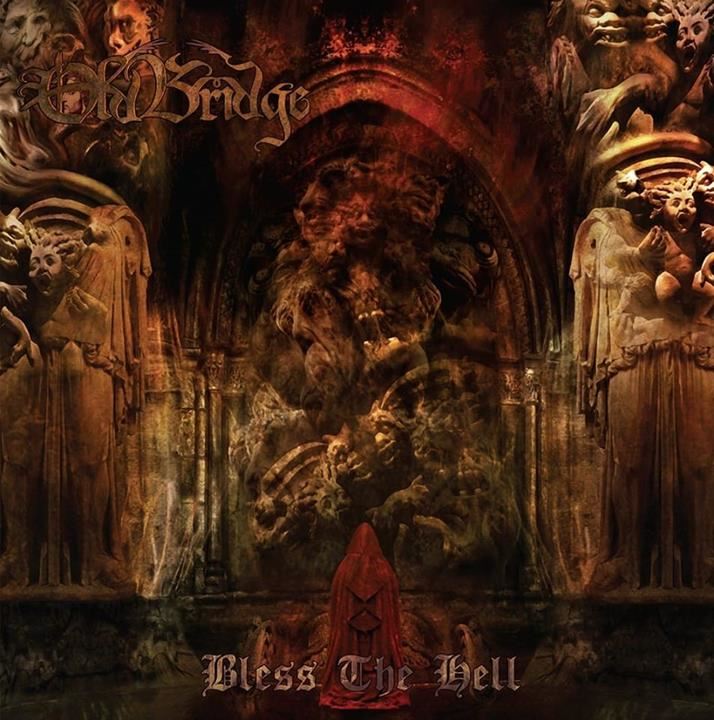 The band officially born in 2012 by the meeting of musicians who come from many years of experience in the Florentine underground metal. Among these, the singer and composer Silvia Agnoloni: lover of the medieval atmospheres of her city, together with the group, works on musical ideas that marry her melodies and her lyrics. The idea is that of an original sound, powerful like heavy metal, but not necessarily tied to a precise subgenre, with the possibility of spacing freely between the various influences. This is the result of a vast repertoire of songs, where is expertly mix classic metal, prog, doom, gothic, dark, hard rockblues, without ever losing sight at the references to the musical culture of Florence and its great historical period. The name of the group itself, Old Bridge, is a tribute to the Ponte Vecchio, symbolic monument of Florence, and to the great poet Dante Alighieri, who, with his dreamlike images expressed in the Inferno of his Divine Comedy, inspires much of the work of the band. With the first line-up, the group is dedicated to live shows and in September 2014 it has two promos (Rage in Paradise and The Time of Dreams) in anticipation of the creation of a CD.
But in the middle of 2015, some components abandon the project; in the following years, many musicians of theTuscan metal scene alternated in the band, including Andrea Cardellino on guitar (L'Impero delle Ombre). The breakthrough comes with the entry of Shinobi Seiryu (Antonio Maranghi) on bass and Nico Cempini on drums, but we must arrive at 2018 with the addition of Damiano â€œIddaâ€ Porciani and a drastic change on guitars because finally the line-up is solid and definitive, allowing the band to undertake a new and fruitful path and resume the recordings of the album, remained pending. On september 2019 the talented guitarist Alessandro Berchicci Soave enters to complete the line-up, contributing to give even more power to the band's sound,
The Old Bridge have shared the stage with many artists of the national metal panorama, including Pino scotto, Sabotage, Il Segno del Comando, Tombstone, Tossic, Arthemis, Sailing to Nowhere, Temperance, Scala Mercalli, etc. In Jenuary 2020 the first real work of the band comes out, the full-lenght album entitled â€œBless the Hellâ€, a sort of immersion into Hell through human sins and weakness, denying a Paradise that proves increasingly subject to the same fragility. Two musical excellens also participated in the album: Beppi Menozzi (Il Segno del Comando/Jus Priumae Noctis) on keyboards and Paolo Puppo (Willâ€™oâ€™Wisp) for all the artwork. Currently the band carries on the live activity throughout Italy to promote the album and in the meantime it dedicated itself to realize new songs that will form the second album, whose release is planned for spring 2021. A new change in the guitars section will be announced soon
They said of us: "The repertoire is composed of personal songs with a very original and powerful sound; the melodies, never predictable, the accuracy in the drafting of the texts, the recalls in the genre ranging from the metal more pulled to doom, prog, rock blues, make each song an exciting listening, never taken for granted". DISTRIBUTIONS